A PIECE OF HEAVEN ON EARTH 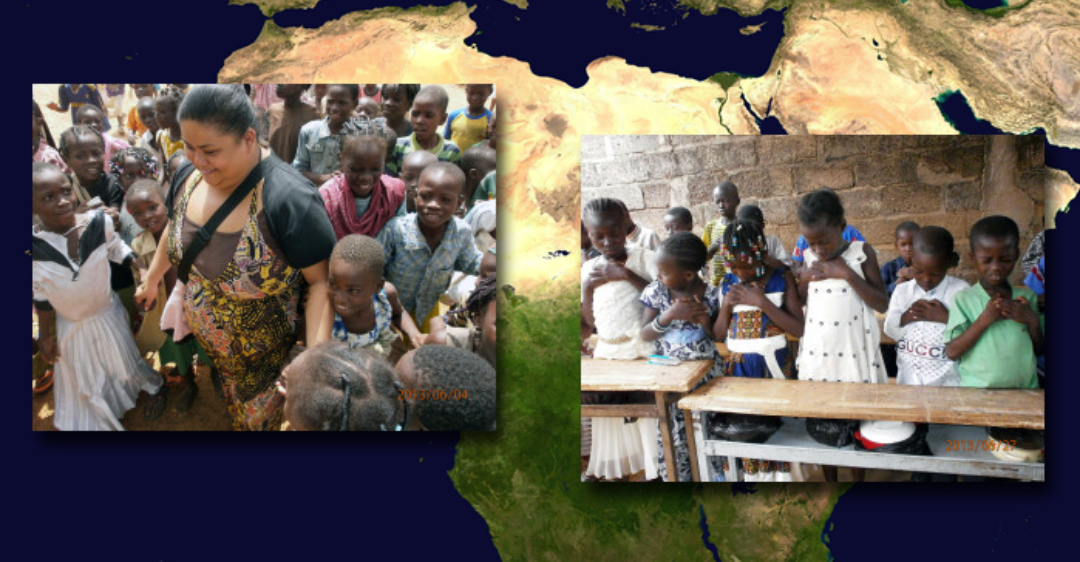 “There was this longing in my heart to seek God more,” recalls Noel Hermoso. “I wasn’t contented with what I was doing in the ministry so I decided to spend long hours in prayer, listening to God. I didn’t know that He was going to bring me and my wife, Deedee, to a foreign place that I haven’t even imagined.”

It was in 2010 when Noel received a confirmation from the Lord that he was called to be a missionary. But it wasn’t until one afternoon in 2011, while Noel was listening to his favorite songs that the Lord spoke to him through a line in a song, “It’s time for Africa!” Though he already knew that it was the Lord’s answer to his question, he still kept on praying and looking for another confirmation. Then one day, one of their pastor friends visited them.

“Pastor Danny Bayasen, a Filipino missionary to Africa, asked my wife and I if we are called to go on missions and if it’s in Africa,” Noel narrated, “We said yes to him and the next thing we knew, we were already in West Africa.” As part of Noel and Deedee’s preparation for their mission trip, they went through a missionary training program with the Asian Center for Missions (ACM) which helped equip them for the field.

During their first few months in Africa, the couple together with other volunteers started visiting different tribes and towns and conducted film showings of CBN’s children’s animated series, Superbook, in churches, schools, and villages. They facilitated games and other activities and even distributed free food for the kids. Presently, hundreds of children are being discipled in God’s Word in Burkina Faso through watching Superbook and more than 650 Burkinabe children have accepted Jesus as their Lord and Savior.

The Hermoso’s ministry wasn’t limited to the children however, but extended to the whole community! One of the adults shared, “As a parent, I have seen how my child has changed since he started studying the stories in the Bible while watching Superbook. I don’t know how to read. But because Superbook has been translated in Moore (our local language), I have discovered more about the Word of God and I have grown in my faith in Him.”

When asked if there were times when they already wanted to give up, they said, “We didn’t get to that point. There were many challenges but we always just soak in God’s presence. We saw how God transformed us, how he molded our relationship, and how he fulfilled our calling. It was only by His grace.”

“When we decided to go overseas and fulfill our mission, we weren’t thinking about the money or the comfort that we would feel. We were after the joy of serving God and having Him find us faithful wherever we go,” they said.