AGAINST ALL ODDS FOR CHRIST 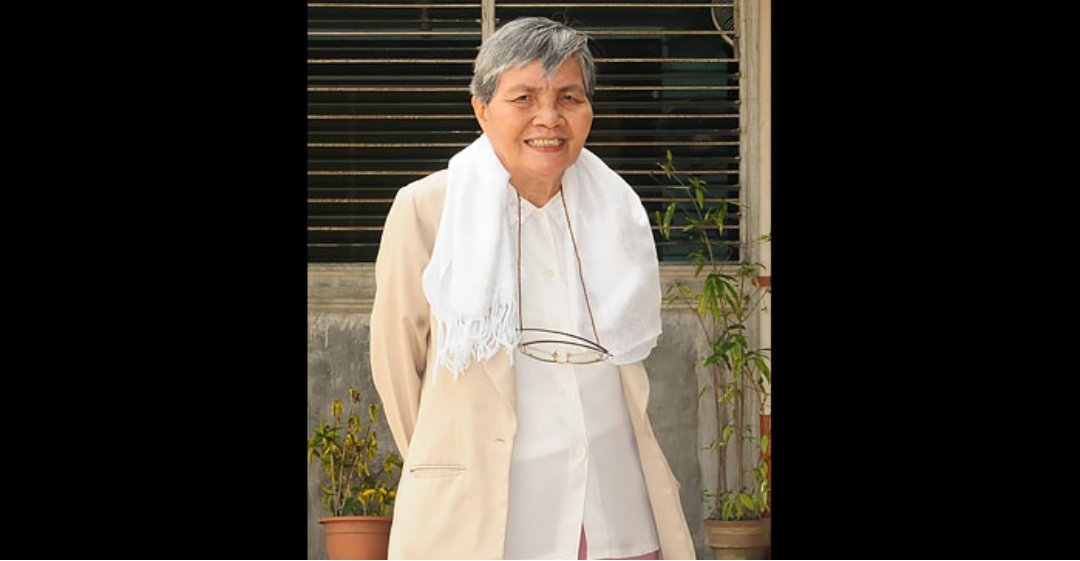 They threw her in prison and considered her a communist for reading the bible and sharing her faith. She lived in an era where almost everything is prohibited—whether it’s a small act of kindness, a parcel of hope for the poor and the oppressed, and even a showcase of faith will be considered as subversive. According to Pastor Dinah Edejer, the martial law regime made her stronger and more attuned to her faith.

Her three and a half months imprisonment might be a long brooding ordeal between fugitives and strangers, “but I considered it as my best shot to stand for what I believe and a highlight of my Christian life.” She preached the gospel to her inmates and successfully shared Christ’s love to those who need Him. “Jesus was there all throughout my journey! I am already 71 years old and I just smile and nod whenever God tells me I still have so much to see and accomplish!”

Jesus above all else

Before making a commitment to serve full-time, Pastor Dinah was supposed to get married to a man whom she considered the love of her life. But when she came to the point where she had to choose between the guy she loves and the ministry that connects her to God, she chose the latter.

“I don’t regret that I first answered the call of God, because if I didn’t do that, I think I wouldn’t have a grateful heart just like what I have now. And besides, leading people to Christ is far nobler than just falling in love. God helped me forget the man whom I thought I would spend the rest of my life and grow old with,” Dinah explained.

Pastor Dinah was also given the chance to work in the US and got an offer to stay there for good in exchange for her service. “I received an offer to stay in the US for good. They offered a comfortable house, a high-paying job and several tempting offers that would have stopped me from doing the work of God,” said Dinah, “But I told them that my love for my country is greater than any material things that this world can offer.”

She said that the Philippines needs her, “What’s the use of a comfortable shelter abroad if a lot of Filipinos don’t even know where to sleep and don’t have anything to eat. It breaks my heart to see my countrymen bleed. My people need me here, there are still a lot of souls that we need to save,” Dinah explained.

While continuously seeking for God’s purpose in her life, Dinah also discovered that she has a heart for missions. She attended trainings and completed her nursing degree and eventually visited several Asian countries for short-term missions. She taught English and assisted in several medical missions while sharing to them the gospel.

After being exposed to the mission field, she saw the serious need for volunteers and started giving financial help to the Asian Center for Missions (ACM) to continue preaching the gospel among the unreached peoples of the world. She explained that her ministry is not enough that’s why she needs to support organizations like ACM. “If more people will support ACM, more volunteers can also be trained to preach the gospel all throughout Asia’s unreached places,” she said.

Pastor Dinah also pointed that if you have a heart that cheerfully gives, you won’t have a hard time setting a part of your money to help other people, “I have actually encouraged my congregation a long time ago that mission is a part of their offering. Since then, we’ve agreed to have a separate basket for missions offering.”

Right now, Pastor Dinah serves at a local church in Davao and still conducts bible studies. Several churches were also built under her guidance and serves as a living testimony of her faithful service to God. And for all these things she says, “To God be the glory, great things He has done!”