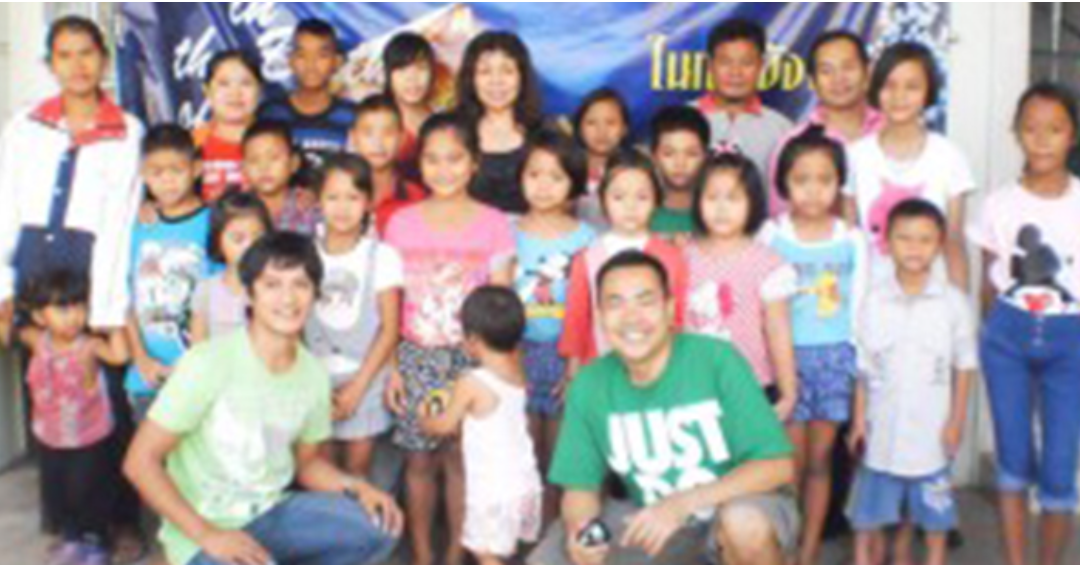 Becoming a full-time missionary was not his dream job, in fact, he hated Christians and persecuted them. Then one day, a transcendent God got in the way and changed him.

It was during his teenage years back in the 70s when he first attended a camp and encountered Christ. For some bizarre reasons, he doubted Him. As he questioned everything, he also started to pray. When he got a clearer picture of the transformation happening inside him, he told his family that he wanted to enter a bible school. Fast forward to 2004, Charles Cabie, the once hesitant 17-year-old boy became a full-time missionary extending help to underprivileged families and kids in Bangkok. He is now leading a ministry called Child Sponsorship that aims to send destitute and orphaned kids to school. The organization provides meals for these children and continuously looks for sponsors to support indigent families and tribe people living in Bangkok’s far-flung areas.

“My passion to help and minister to those kids started when I was introduced to Child Sponsorship during my first years in Thailand. I discovered how vulnerable they are and how susceptible they are to pain. From there, I decided to continue doing the ministry and be a full-time missionary. I then considered it as my lifetime job,” Charles shared while candidly recalling his earlier days in Thailand.

Charles and his family stayed in Bangkok for ten years, and for him, following God’s plan for his life were really hard. “We’ve been through a lot while doing this ministry. We endured everything, from financial struggles to complicated family problems, broken relationships, and homesickness.”

He added that at one point, he wanted to return to the Philippines and start anew. “My wife and I were already on the verge of giving up because aside from our financial problem, we felt that nobody cared and no one was willing to help. We felt like we were left in the middle of a desert and so helpless, so we cried out to the Lord and asked Him if it was His plan to let us suffer in a foreign land. We even made a deal with the Lord that if this is really His will, He will sustain us. He will provide. We even asked Him to give us a sign,” Charles narrated.

After praying fervently, “God spoke to us through our quiet time and reminded us that He will never leave us nor forsake us. God made it clear in Jeremiah 29:11, ‘For I know the plans I have for you, declares the Lord, plans to prosper you and not to harm you, plans to give you hope and a future.’ The verse was so timely and it somehow helped us to hold on a little longer,” Charles said.

As their struggles continued to grow, Charles and his family also tried their best to understand the purpose behind everything. Then one day, while the family was busy with their ministry, a stranger knocked on their door. “He told us he’s also a missionary graduate from ACM and God prompted him to visit us. We didn’t know him, but I am sure that God sent him to help us. He gave us money to buy food that could sustain us for a month! I almost cried when he said that God will use everyone and everything just to save His faithful servants,” Charles said.

After receiving help from the stranger, more people came to them and blessed them with financial help and prayers. Their ministry eventually grew bigger and more people were given a chance to know more about the gospel.

“There were countless times where we already wanted to give up, but whenever we see the innocent faces of the kids that we’re ministering to, it’s as if we’re looking at the face of God telling us to continue and move forward. It was difficult to go to work, brave the rain and even climb mountains with an empty stomach, but because we trusted His promise that He will give us hope and a future, we stayed in Bangkok and continued our ministry,” shared Charles.

Not surprisingly, Charles’ 12-year-old son is now actively participating in the Child Sponsorship ministry where he is being exposed to God’s work.

As of press time, Charles’ whole family is back in Thailand after their vacation in the Philippines. They are praying that God will continue to use them to reach out to more people as they resume their ministry, not just in Thailand and in the Philippines, but also in other places where their help is needed.